As a fan of Plato’s Theory of Forms, and of kickin’ bass, I can’t help loving this. [For the kiddies out there, there is a language warning on this clip].

Check the lyrics, and a decent interpretation, here.

And, who this this guy anyway? I’ll leave that up to Beat Magazine.

“Some wunderkind lovechild of Grimes and Skrillex, defining the next wave in DIY dance/rock fusion, Robert Delong is a Seattle-born man child who makes music using – I shit you not – Wii remotes and Sega Genesis controllers. With these scraps of plastic and metal, plus drum pads, synths and MIDI interfaces, he crafts big, soupy bass beats and warped, spine-scraping accents; hunks of fun time electro to make you stamp your feet, met with epic, heartfelt vocals. His voice – a barely-broken, bright-eyed thing – is almost Ben Gibbard-esque in its self-aware sincerity. Excellent.” BEAT

The NanoSpace Molecularium – A Virtual Amusement Park About Molecules [feedly]

Hard to see what was happening in the previous post? Here is a close-up.

I made a robot bladder for school to demonstrate control systems and feedback loops. This is a video of an early prototype. It is now up to version 3.0 (sounds included!),and ready to roll for tomorrow’s school open night.

Examining the effect of leg shape on the movement of robots through various terrains.

See on Scoop.it – The future of medicine and health 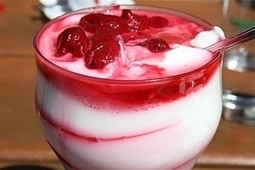 It started with a quest to make better yogurt.

A tiny molecular machine used by bacteria to kill attacking viruses could change the way that scientists edit the DNA of plants, animals and fungi, revolutionizing genetic…

A new way to cut DNA?
Now that has my attention!

A Momentary Flow: This Protein Could Change Biotech Forever – Forbes

Egad! That looks bad!…but…what’s the comparison with boys? And what about the last SIXTY years?

The rapid decline in girls’ enrollment in science, technology, engineering, and math classes – and how to fix it.

Insect wings can shred bacteria to pieces! This video shows how a newly discovered nanostructure on the wings of cicadas can rip certain bacterial membranes to shreds. This structure, perfected by nature as a natural defense against dangerous microbes, could be harnessed by humans to create antimicrobial surfaces.

Sometimes nature is our best innovator.

On the benefits of modelling biology with robotics, and the importance of mistakes.

For the octopus fans out there.

Scientists are unveiling a rare octopus that has never been on public display before.

And unlike other octopuses, where females have anasty habit of eating their partners during sex, Larger Pacific Striped Octopuses mate by pressing their beaks and suckers against each other in an intimate embrace.

The beautiful creature can also morph from dark red to black-and-white stripes and spots and can shape-shift from flat to expanded. The sea dweller will be on display starting today (Mar. 6) at the California Academy of Sciences in San Francisco.

“I’m thrilled that Academy visitors will have the opportunity to view this fascinating animal up close in the aquarium, where they’ll see just why its beauty, unique mating technique and social habits are intriguing the cephalopod community,” said Richard Ross, a biologist at the California Academy of Sciences, in a statement. (via Rare Kissing Octopus Unveiled | LiveScience)

Error: Twitter did not respond. Please wait a few minutes and refresh this page.

The Plastic Brain
Blog at WordPress.com.